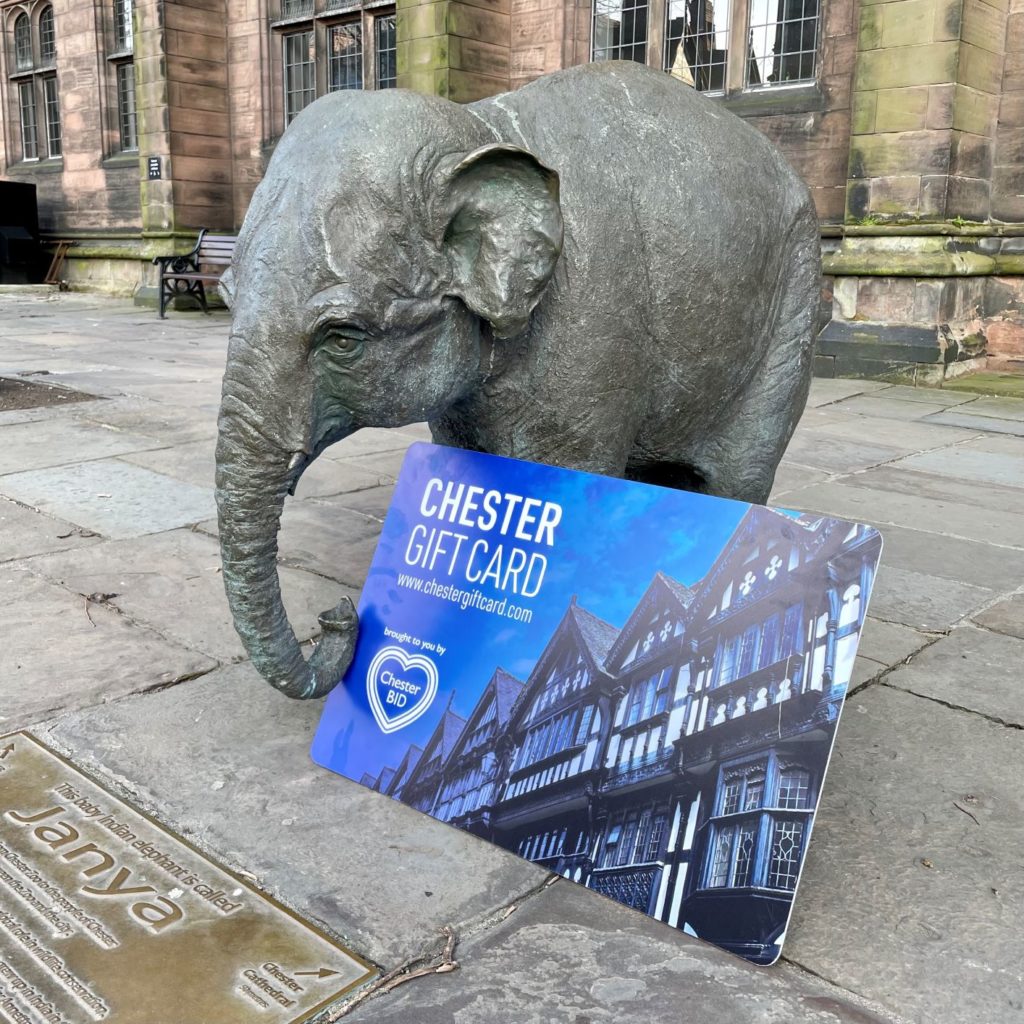 The Chester Gift Card, launched as part of Chester BID’s battleplan to save the high street shops from suffering the effects of lockdown prior to Christmas, is set to pump tens of thousands of pounds into the city’s businesses.

As cities across England prepare to open non-essential retail in April, demand for the gift card is still going strong – with purchasers looking for a way to support independent businesses in the city and give a flexible gift at the same time.

The Chester Gift Card can be spent at over 100 retailers, leisure suppliers and restaurants and bars across the city centre. It is a pre-paid Mastercard that acts as a local currency for anything from a coffee to a night in a hotel, an experience or a shopping spree. Cards are purchased online and delivered directly to the recipient.

Emily Ghazarian, Marketing and Events Manager, Chester BID said: ‘We’ve been totally blown away by the success of the Chester Gift Card. As it stands, over £28,000 has been spent on buying gift cards and most of that – due to lockdown – has not yet been spent in the city. To know this extra influx of spending will be coming is so reassuring to the city’s businesses, especially our independents who aren’t supported by a global or national infrastructure.

She added: ‘City businesses are already busy making plans to re-open. The alfresco offering in the city is set to increase with more dedicated outdoor installations to allow hospitality to open outdoors. And with non-essential retail and beauty also opening in April, at the earliest, we definitely encourage Cestrians to consider buying a gift card for Mother’s Day or Easter presents as a way of paying it forward to the city.’

Rachael Nichols from independent city centre boutique Nichols and Co, one of the city retailers that accepts the Chester Gift Card said: ‘It has been so important throughout the pandemic for communities to stand strong together. Despite the challenges of the last year, Chester has been a joyful place to work in. City businesses have been actively supportive of each other and customers tell us they are mindfully shopping locally – and often with independent retailers. Initiatives like the Chester Gift Card offer an opportunity to support the city.’

Carl Critchlow BID Manager explained: ‘It’s a socially conscious gift choice and it also encourages city wide experiences and a day out spent in the city with all the additional spend and footfall that entails over and above the card value. Every penny is directly locked into Chester’s economy supporting businesses and the individuals that own and work for them. We’re delighted by the success of the card so far and determined to see the city and all of its hardworking businesses emerge from lockdown to become stronger than ever.’

The Chester Gift Card is available to purchase at www.chestergiftcard.com, can be pre-loaded with anything from £5 to £500 and can be sent direct to the recipient.