Team Chester – as the city prepares to re-open further, this is the team who will keep Chester city centre safe and vibrant 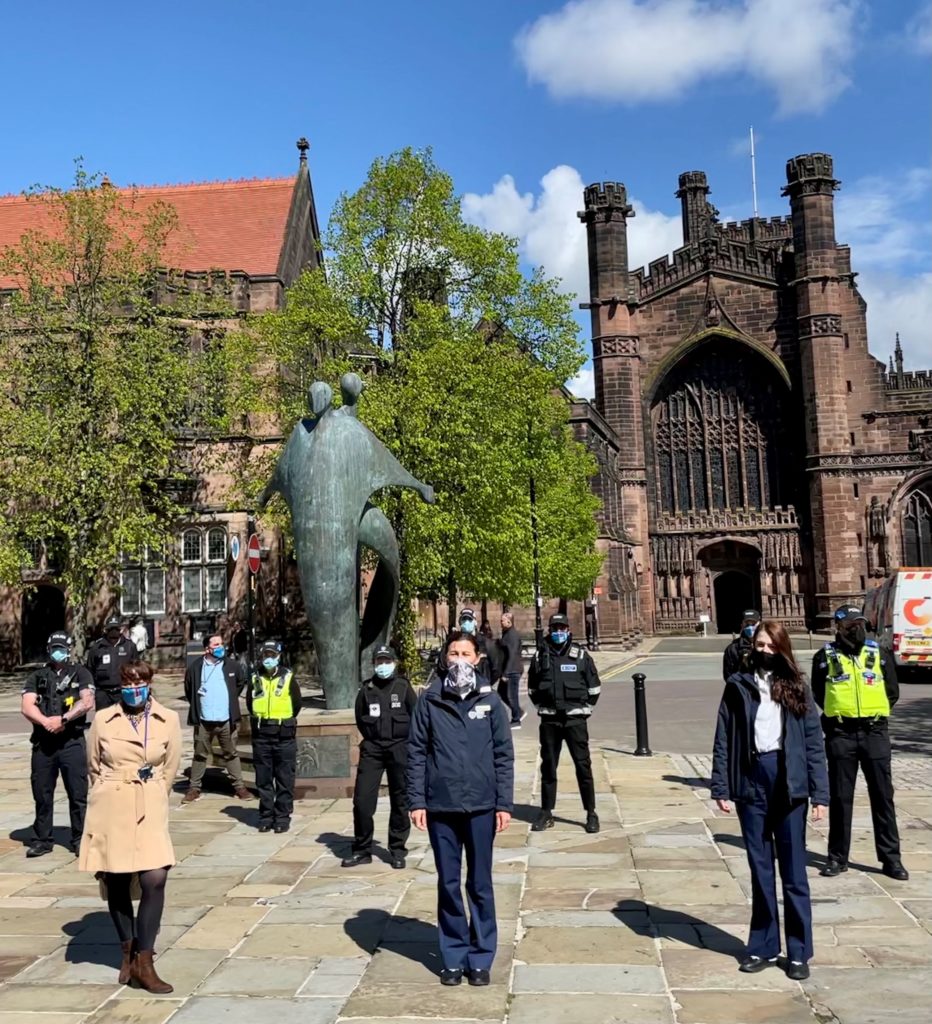 As Chester prepares to enter the next stage of the government’s roadmap on May 17th, ‘Team Chester’ are the team on the streets who will provide a personal welcome, making sure shoppers and diners, businesses and tourists are kept safe and happy.

Chester has seen footfall grow since the re-opening of non-essential retail on April 17th with footfall for April reaching above the UK average. This footfall is set to increase further when all the city’s restaurants and hotels can finally reopen.

Chester BID City Hosts Luka and Monica are ready to help all those returning to the city for the first time in a while and are easily recognisable by their navy uniforms with BID branding.

Carl Critchlow, BID Manager said: ‘Our city centre has evolved and changed so quickly over this pandemic – and it has been a story of many more positives than we ever expected. It is more important than ever that we have our city hosts on the streets to help guide visitors who may be returning to Chester after more than a year. Luka and Monica know all the new businesses and business owners well and can advise on the changes to the city centre which have occurred over the pandemic – like the additional pedestrianisation throughout, new alfresco options and the vast array of new businesses.’

Over 2020, Chester city centre saw more businesses open than close. Almost 80 percent of those opening were independently owned businesses. Chester was also named as Britain’s 20th best performing retail centre out of a list of 1,000 compiled by retail property consultancy, Harper Dennis Hobbs. Chester’s hospitality scene was applauded as they became one of the most decorated northern cities in this year’s Michelin guide, now holding one of only 20 Michelin Green Stars at Hypha.

Critchlow added: ‘This pandemic has brought positives about that we could never have expected – part of that has been the joining together of many of the city agencies working in partnership to future proof our city and keep it as popular as ever. Team Chester is just one example of that co-ordination effort.’

Cheshire West and Chester Council’s Deputy Leader and Cabinet Member for Environment, Highways and Strategic Transport, Councillor Karen Shore said: ‘Team Chester is a wonderful example of positivity coming out of the pandemic. Our high street information officers have now been offering information and guidance to shoppers and visitors since last summer, right across the borough as a whole, as well as Chester city centre. They have done a fantastic job pulling together a wide range of Council services working in Team Chester to aid the recovery of our High Streets.’

The post Team Chester – as the city prepares to re-open further, this is the team who will keep Chester city centre safe and vibrant appeared first on Experience Chester.