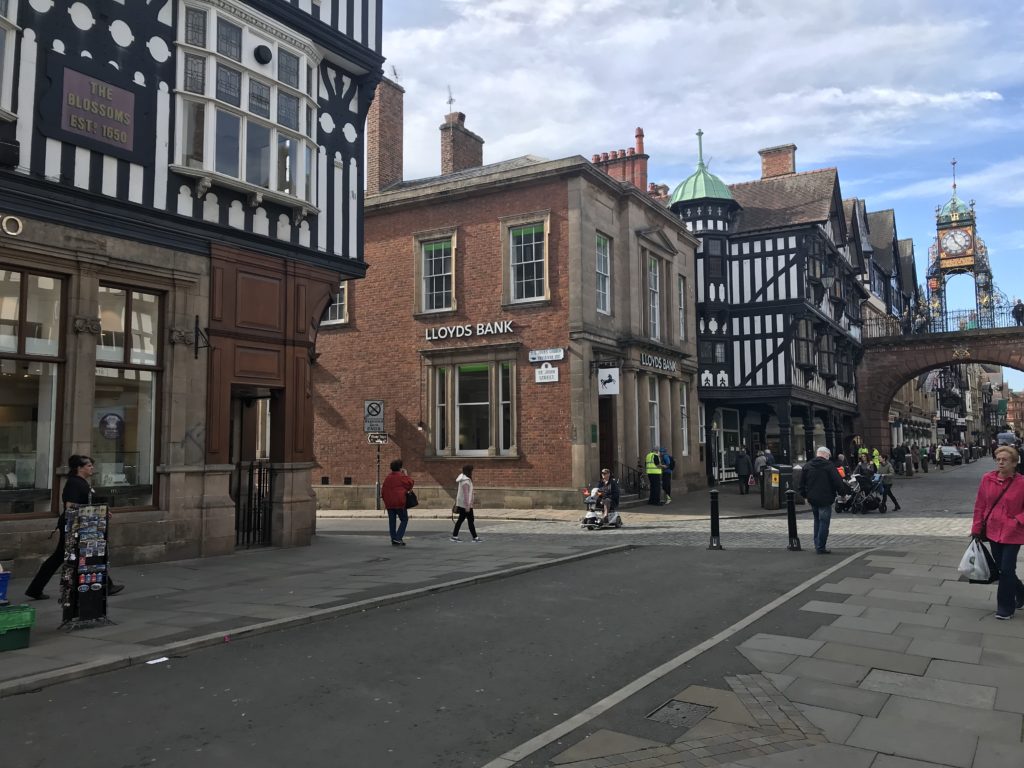 A national project that has been proven to help night-time revellers stay safe whilst reducing pressure on local emergency services is set to launch in Chester city centre.

The Safe Space initiative, which is already running successfully in 55 cities and major towns in the UK, will see a new mobile welfare unit placed in the pedestrianised area of Foregate Street, near the Eastgate Clock.

A combination of emergency medical technicians, volunteers and security staff will work from the facility, helping anyone that may have become vulnerable on a night out, require first aid or some form of emotional support.

Chester Against Business Crime will oversee the project, which is being funded by Cheshire West and Chester Council, and to begin with, the service will run every Saturday night between 10pm and 4.30am. Additional dates such as Fresher’s week and Race Days will also be covered, with the official launch scheduled for Saturday, September 22.

As well as keeping visitors safe, a 2017 study commissioned by the Portman Group, the responsibility body for drinks producers in the UK, found that areas with a Safe Space save up to £9.31 for every £1 invested through reduced admissions to A&E and by easing pressure on police and ambulance services.

And it’s for those reasons that the groups behind Chester’s successful Purple Flag award earlier this year – Cheshire West and Chester Council, CH1ChesterBID, the University of Chester, Cheshire Police, Chester Pubwatch and Chester’s Street Pastors – have decided to bring the initiative to the city centre.

Cabinet Member for Communities and Wellbeing at Cheshire West and Chester Council, Councillor Louise Gittins adds “This is part of a wider strategy to support Chester’s night-time economy and is one of a number of initiatives including ‘Drink Less Enjoy More’ and the ‘Blue Light project’. The Safe Space initiative is a pilot project that is funded for 2 years. As part of this project, we are working closely with key partners to create a safer city for residents and visitors.”

“We want to continue flying the Purple Flag for Chester and to do that, it’s vitally important that we carry on doing everything we can to make Chester a safe and enjoyable place for people to spend an evening,” added Nick White, City Centre Manager for CH1ChesterBID.

“We see the Safe Space initiative as another important step on that journey, helping to make our evening and night time economy even more safe and welcoming for visitors.

“One of the most pleasing things for us as a BID is that since driving forward the Purple Flag application, we’ve got everyone working together in the best interests of the city. Through the Purple Flag steering group, we’re seeing a lot of citywide conversations turn into positive action on our high street.”

Alongside the launch of Safe Space, CH1ChesterBID has also funded a new Street Safe manual for licensed premises in the city centre. Working with Cheshire Police and Chester Pubwatch the manual contains useful information about regulations governing licenced premises and practical steps that can be taken to make premises safer and more inviting for customers.

Tom Hughes, a representative of Chester Pubwatch, said: “We’re really pleased to be working with a wide range of groups and organisations as part of the Safe Space launch.

“This is an initiative that has been proven to help keep people safe in towns and cities across the UK. Along with the brand new Street Safe manual, it’s another great addition to the night time economy in Chester and supports the work we’re doing as part of the drive to maintain Purple Flag status.”

Inspector Barry Brown from Cheshire Police said: “This is great opportunity to build on the Purple Flag award received earlier this year for the night-time economy in Chester.

“It shows the commitment of all stakeholders in making the city one of the safest in the country. This initiative will hopefully help to reduce demands on all the emergency services and provide necessary support to those in need.”

“As Street Pastors, we will be there to provide practical help and support to anyone who needs it,” added Mike Meynell, Coordinator of Chester Street Pastors.

“The Safe Space team will be a great addition to the city’s night time economy and we’re looking forward to working closely with everyone involved.”

For more information about Chester’s Safe Space and to find out more about becoming a volunteer for the service, please email the Safe Space team on chestersafespace@outlook.com