Old Dukes is a fun, family-friendly bar that’s one of Chester’s hidden gems 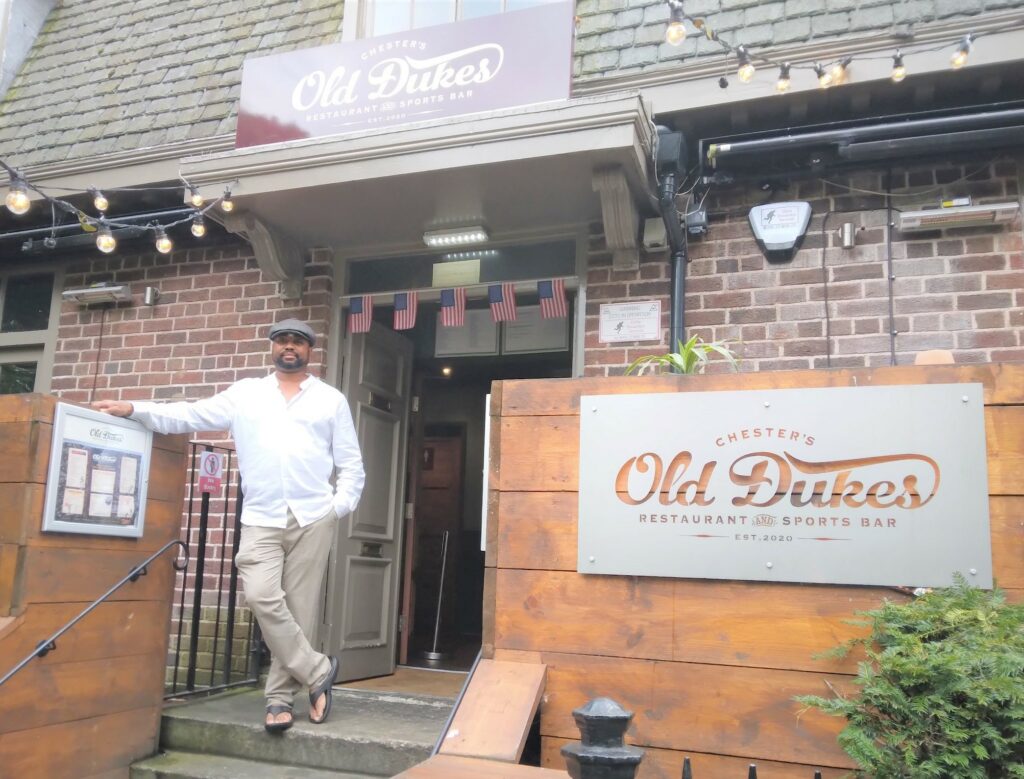 Where were you when the Lionesses won the Women’s Euro or when Max Verstappan won the Hungarian Grand Prix? If you were anywhere other than Old Dukes Restaurant and Sports Bar then you missed out.

If you love sport then you’ll love Old Dukes. Spread over two floors with eight zones made up of gaming areas, cosy corners and a terrace with terrific views, Old Dukes is a hidden gem right in the heart of Chester. But it’s not just about sport.

The bold and sassy bar is also family-friendly, loves dogs and has a fabulous view of the city’s historic cathedral. It’s nestled just off St Werburgh Street, at the side of a pathway that leads to the landmark bell tower and the city walls beyond. The building used to be a tea room and once housed a law firm. 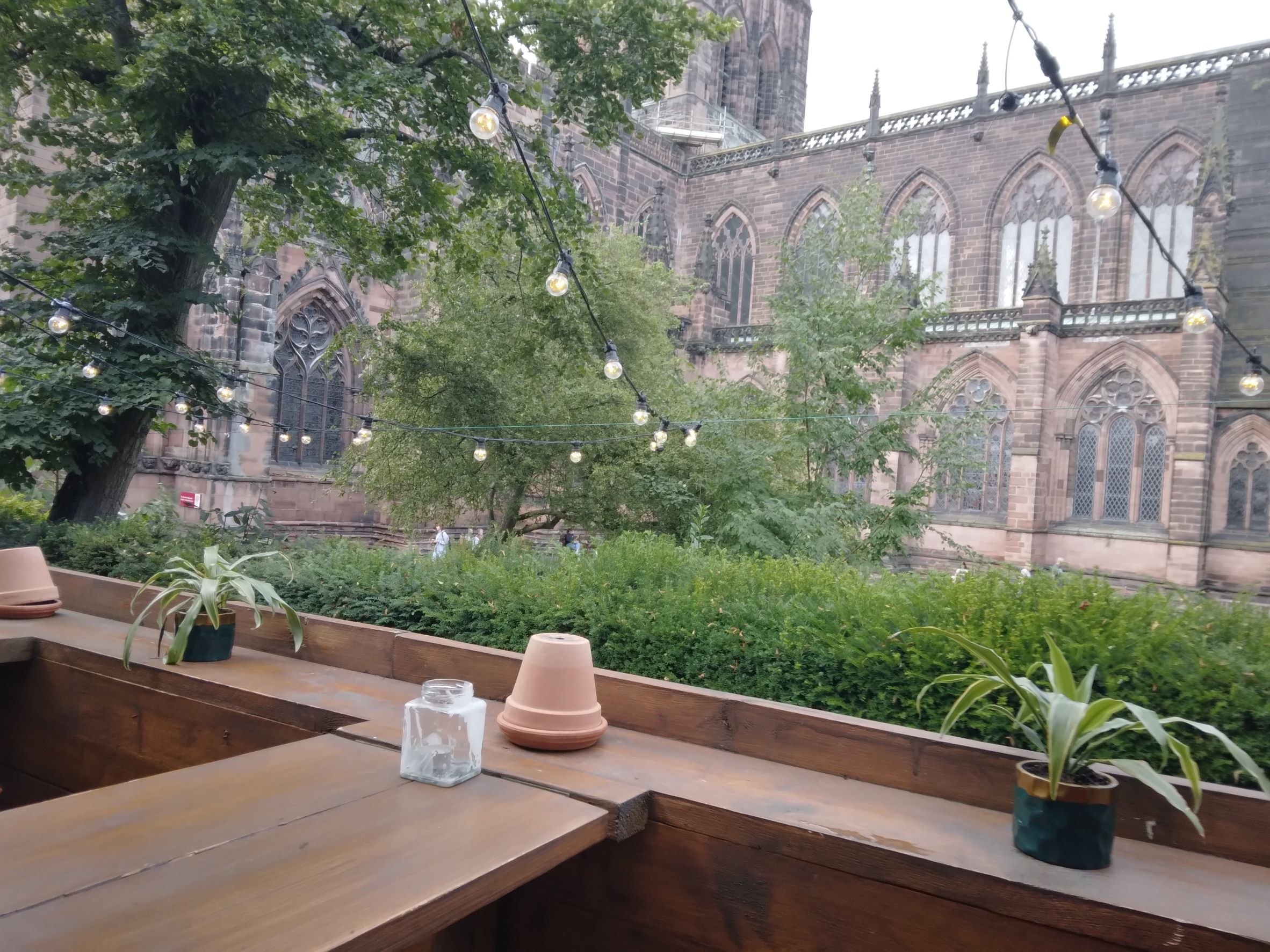 The outside terrace has fabulous views of the cathedral

If you’ve never walked through the doors you’ll be surprised what Old Dukes offers.  As you’d expect from a sports bar, the TV screens that take up most of the wall space are tuned into sport of every discipline, but it’s also a games bar. You can get stuck into shuffle board, pool and chess, play FIFA on the X Box or just watch your favourite sport on your very own big screen. There’s even a private dining area that can seat up to eight people. 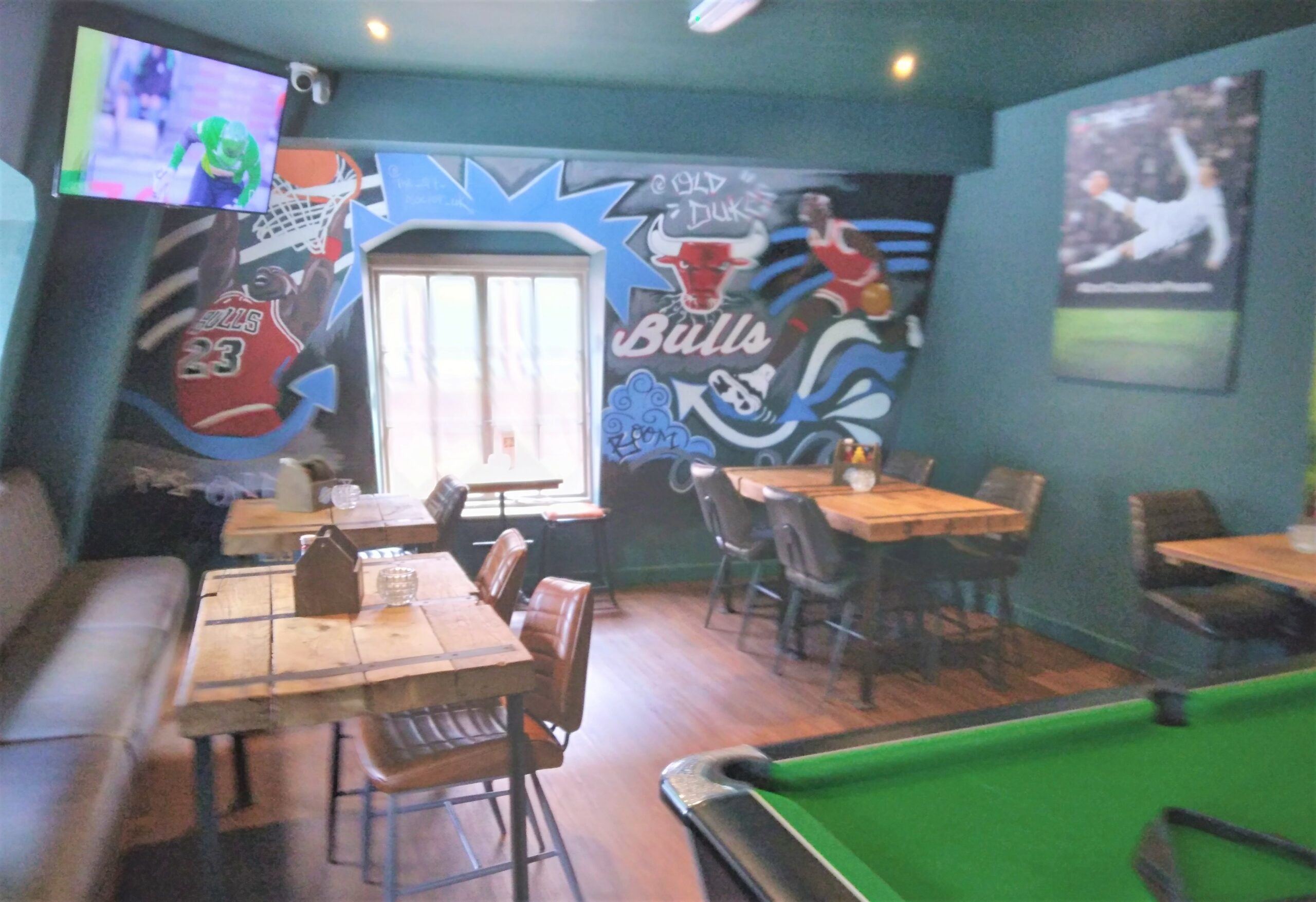 The man behind Old Dukes is Kingdom Thenga, a South African-born businessman who insists he’s just part of the team but whose confident, friendly personality is very much part of the customer experience. With three other bars to run he’s a busy man, but even if you don’t get to meet him at Old Dukes he’s immortalised as part of a spectator scene in a funky mural in the upstairs bar area.

Kingdom came to Chester with the intention of staying for three months, but ending up running the city’s BarLounge for seven years before setting up his own businesses. He’s now been in the UK for 22 years.

Like every other business that opened in the spring of 2020, Old Dukes was stopped in its tracks by the pandemic.

“We opened and we were shut within two days because of lockdown and then we opened on the 4th of December. We had three weeks before we were shut down again,” says Kingdom. 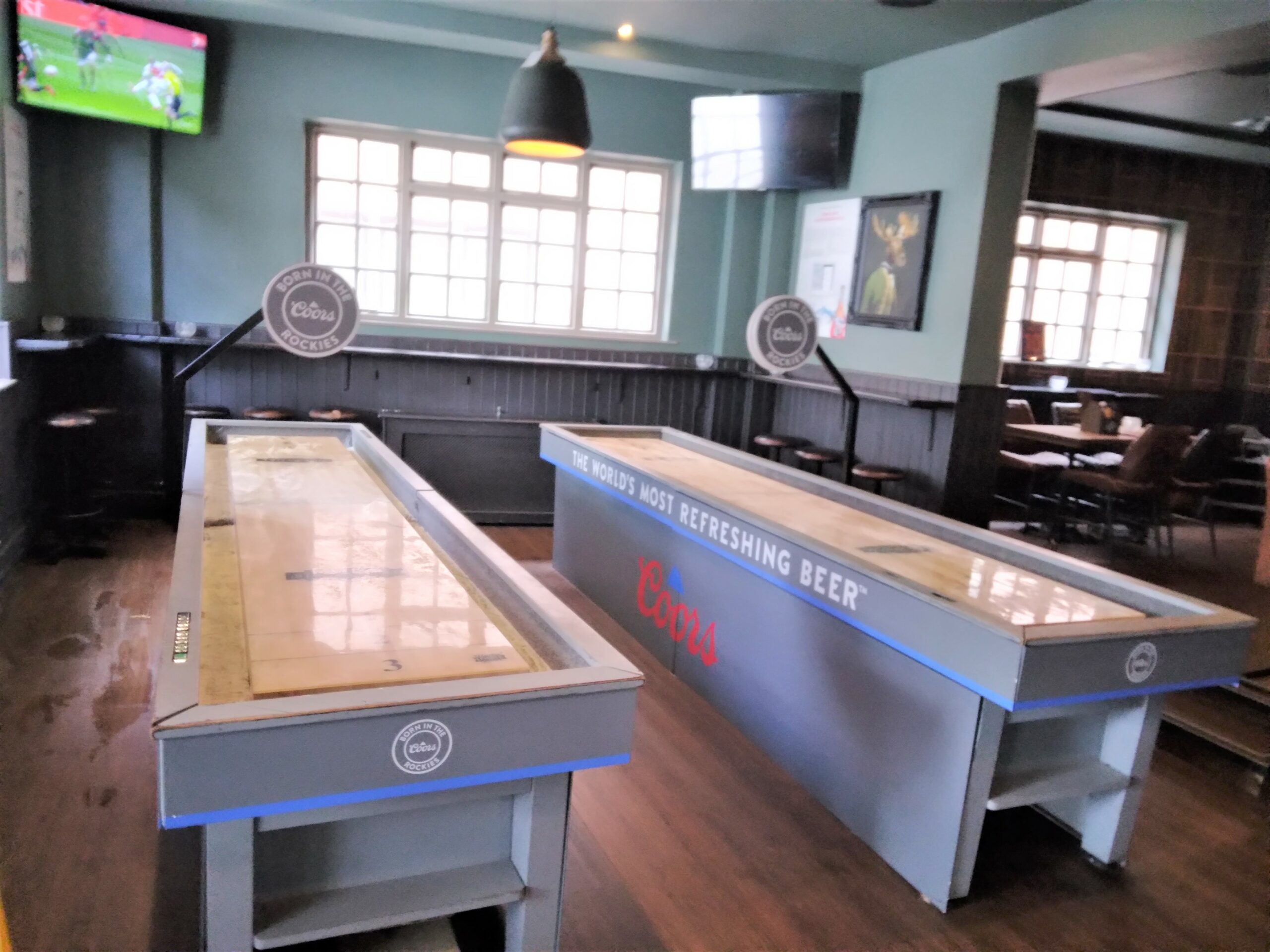 You can hire shuffle board tables by the hour

“Because we were a new business we didn’t have a honeymoon period. Not being able to recoup some of the money we invested was a very stressful and a very challenging time. We were shut for seven months. It’s been tough.”

Old Dukes has been open full time since February of this year so is still very much a new business: a restaurant, games and sports bar that extends a warm, friendly welcome to everyone, families included.

“I’d like people to know that Dukes not only has a great atmosphere,” says Kingdom, “it’s somewhere to escape to and have fun.

“We have so much for people to do. It’s about people having an experience – playing shuffle board for hours with your mates, catching up with your girlfriends, or sitting in front of the cathedral – whatever you want your experience to be, we can cater for it.” 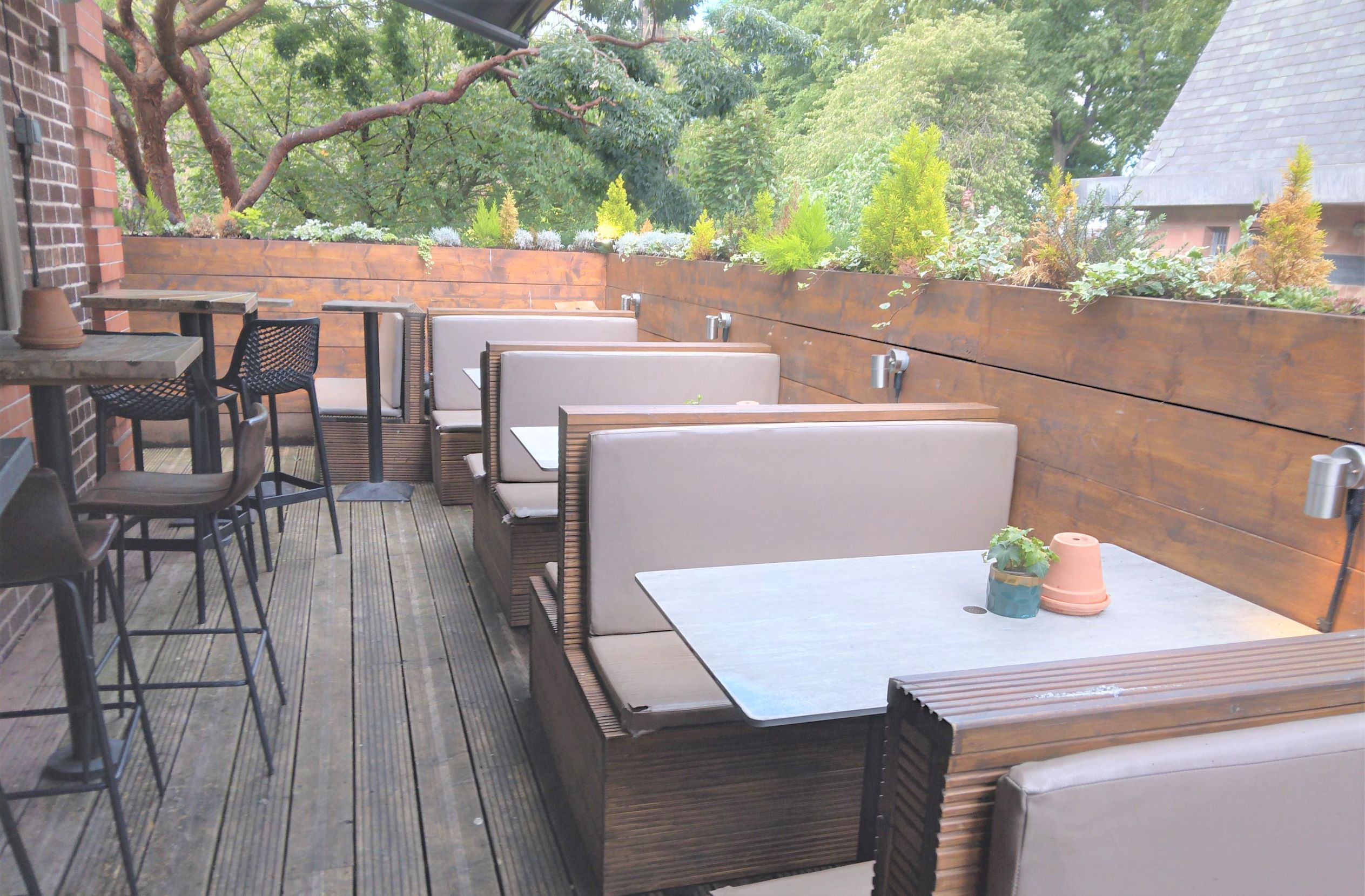 The food is popular, sports-bar fare: burgers, chicken wings, hot dogs, fries, slaw, fried chicken, brunch and bites. Puddings include toffee apple waffles, chocolate brownies and fruit or fudge sundaes. There’s a children’s menu, too, with milkshakes and more as well as vegetarian and gluten-free options. Everything is freshly prepared.

“The bar is an opportunity to do something a bit different,” adds Kingdom. “You can sit out and have a beer. The view is great. We’re family-friendly and we’re games orientated. You can let your kids have fun on the PlayStation while you play pool with your mates.

“There’s so much this place offers,” says Kingdom. “The atmosphere is fantastic.” 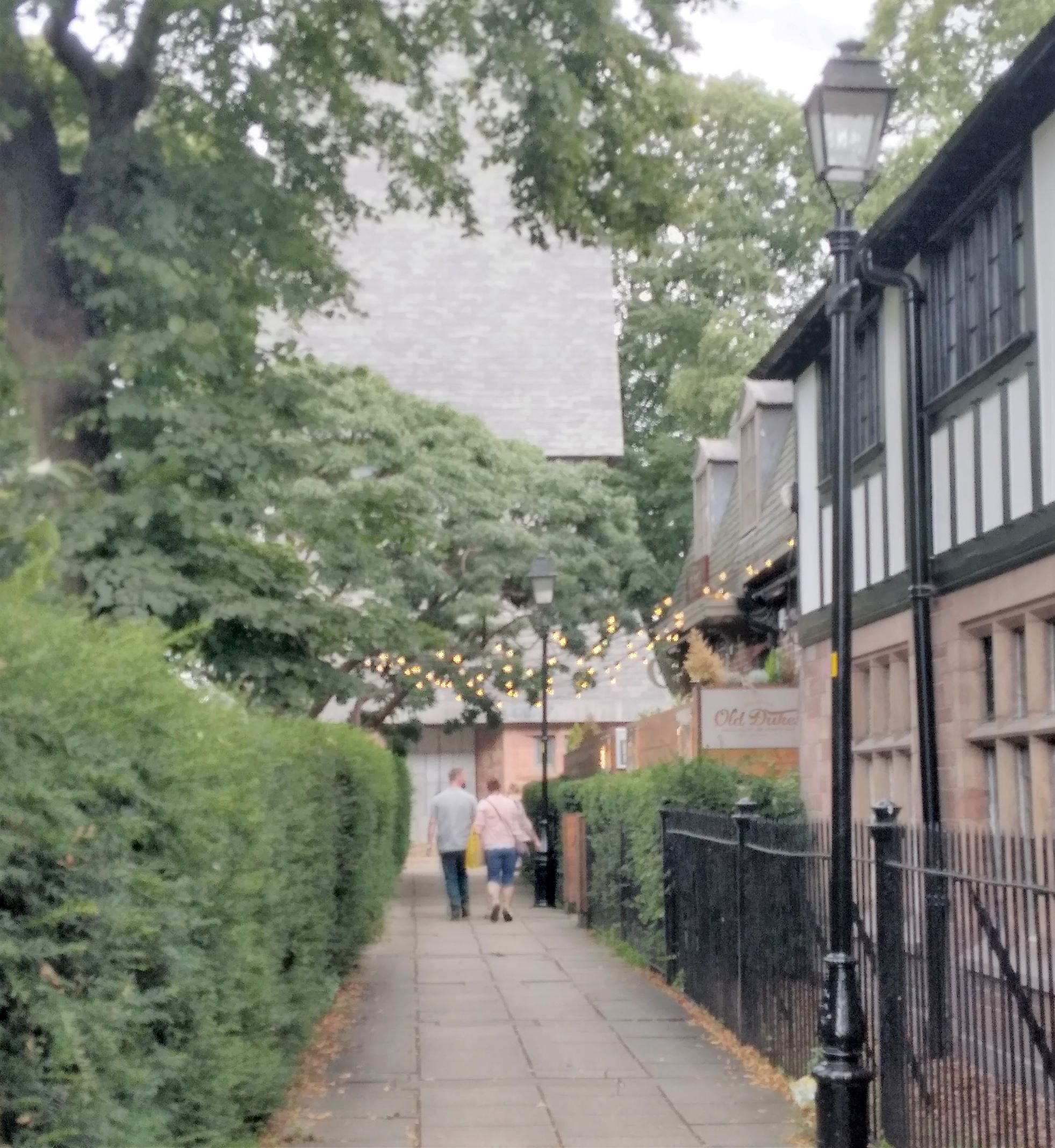 Kingdom is well aware of the rapid growth in female sports and Old Dukes is very much open to women. “We were packed for the women’s Euros – and then there’s rugby and golf.

“There are so many sports that women are involved in,” he says. “So this whole idea that’s it just about men sitting around having a beer is just old-fashioned. We’re a modern, young sports bar that caters for everyone – including families, dogs and cats.”

There are two, well-stocked bars, one downstairs, one upstairs, with the beer both on tap and bottled and there’s an impressive range of cocktails on the menu.  There’s even a range of spirits with Kingdom’s name on it. Literally. 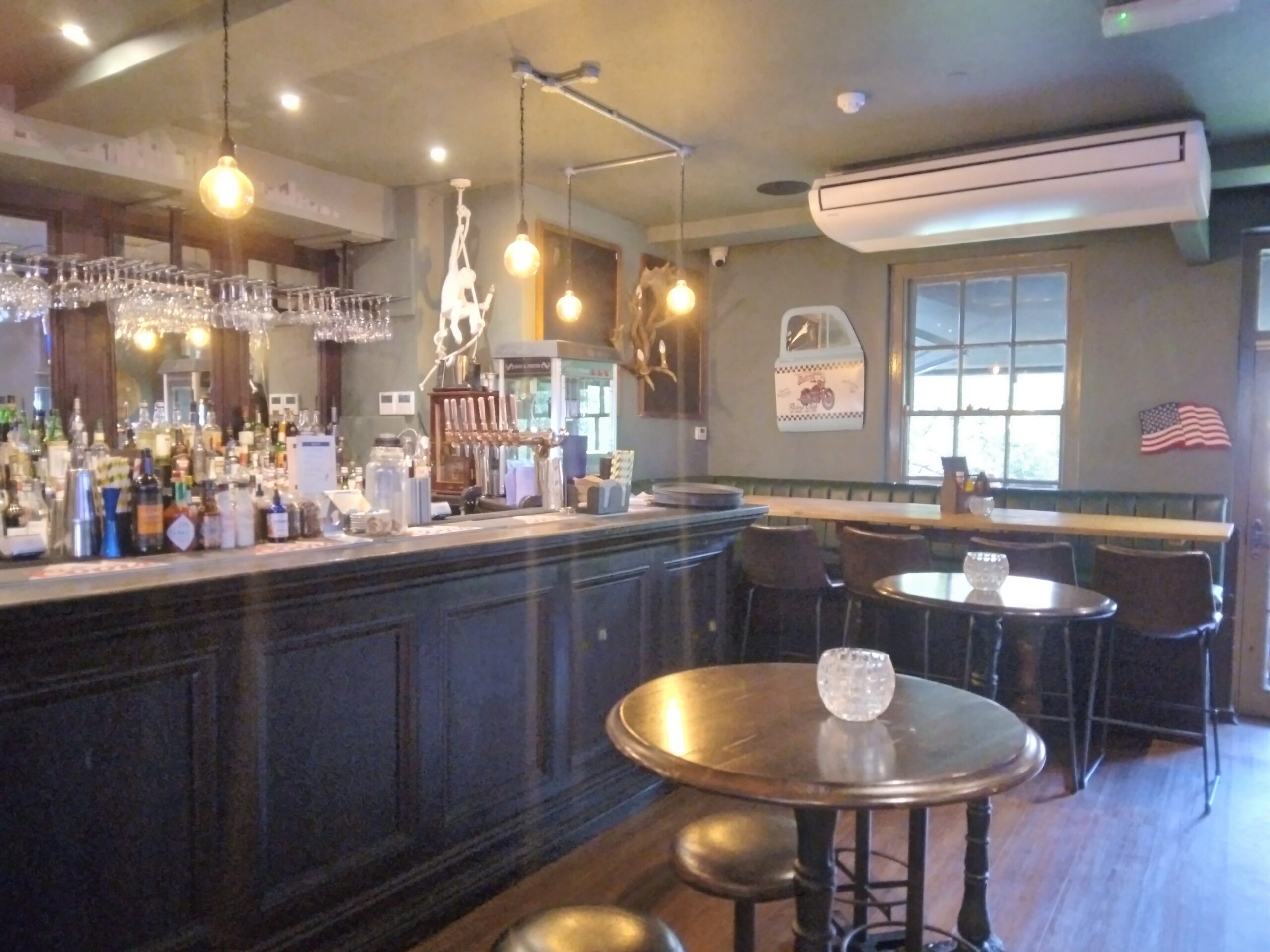 Kingdom Recommends is the drinks brand he started during lockdown and the online shop has a snapshot of his journey from South Africa to the UK, chronicling a period of homelessness in London to working in the Lake District and Manchester before he came to Chester. His story is as interesting as he is – and the spirits he sells.

There’s a premium grain vodka and spiced rums, too, while the small-batch, handcrafted gins include orange and nutmeg, ginger spiced, morello cherry and lychee flavours. The Luscious Lychee gin reminds him of his grandmother.

“We are very lucky that quite a number of venues in Chester have taken the brand on and sell it, “says Kingdom. “We’re on Amazon, too.” 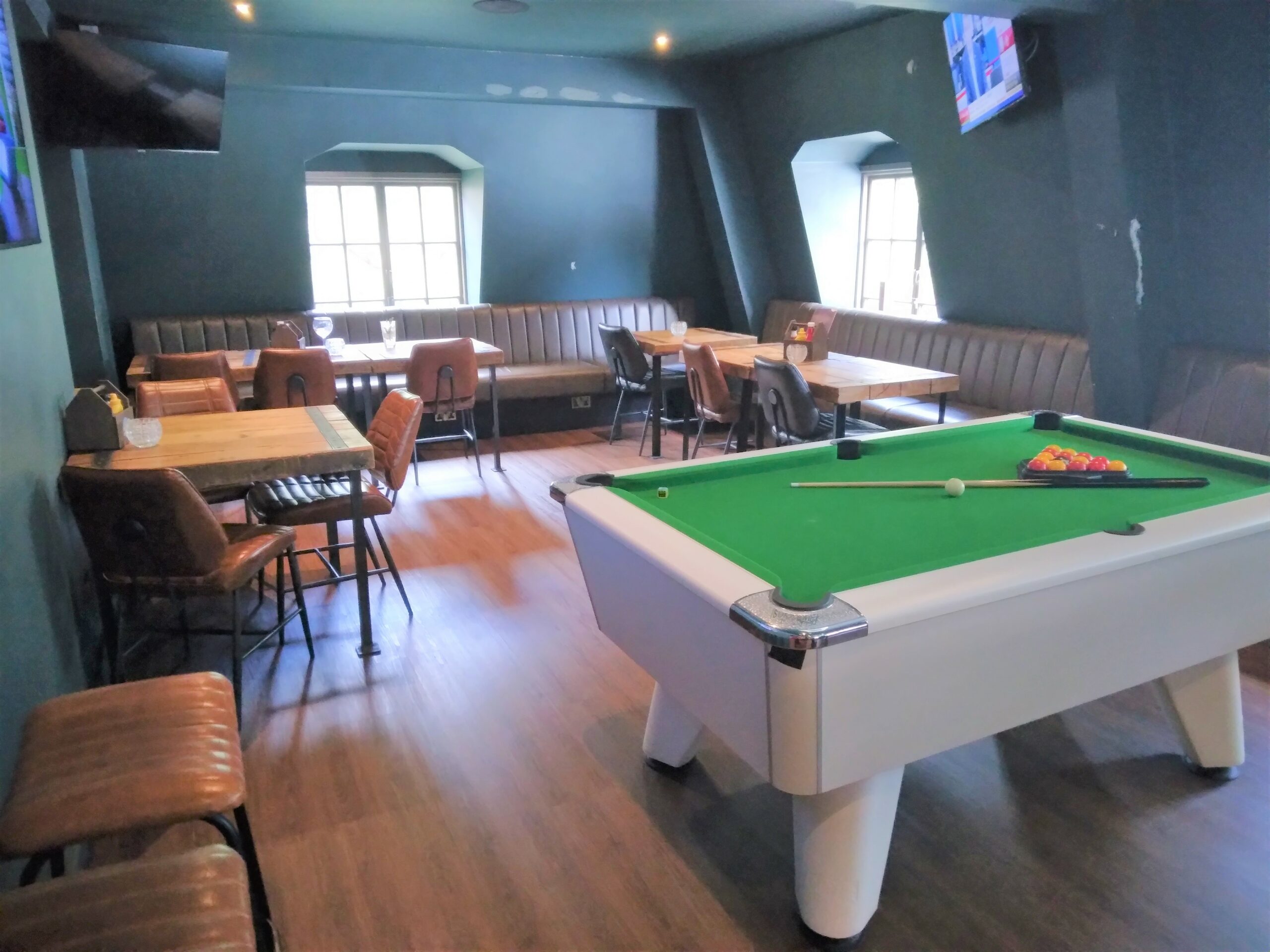 Once you’ve realised Old Dukes is the bar for you, it’s a good idea to book in advance.

“We encourage people to book ahead because even though we have screens in pretty much every corner of the building, if you really want to have your own spot – your perfect spot – we can reserve it for you,” says Kingdom. “Book through the website, through Facebook or by calling us.”

But if you just turn up you won’t be turned away, adds Kingdom.

“There’s always room at the inn.”

The post Old Dukes is a fun, family-friendly bar that’s one of Chester’s hidden gems appeared first on Experience Chester.