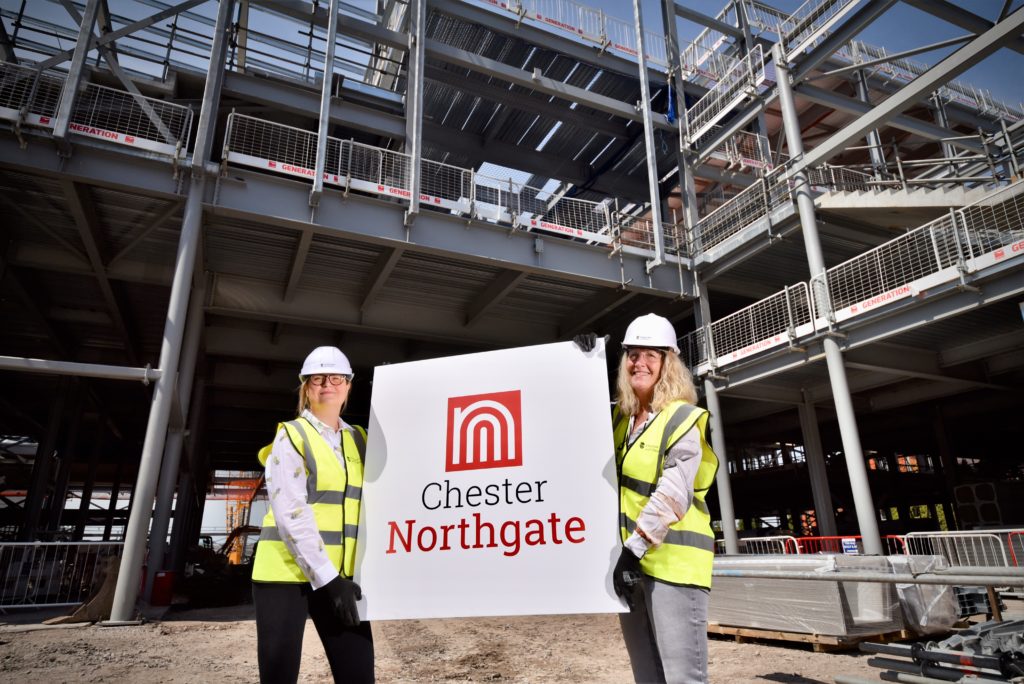 With the Northgate development construction well underway, Cheshire West and Chester Council are seeking suggestions for the naming of the new square and arcade.

The development will feature an arcade leading from Northgate St. into a new square at the centre of the scheme, which will also include a new market hall, six-screen cinema, restaurants, cafes and a new multi-storey car park. A new flythrough of the development is also available to illustrate how the square and arcade will look at www.chesternorthgate.com

The heritage of the site is likely to provide ample inspiration, particularly for the square which sits above what was once one of the largest Roman fortresses in Britain, including 3 separate barracks and home to the XX Legion. Other previous uses included Saxon houses, Viking jewellery makers, medieval streets, church missions, schools, a foundry and most recently the former Town Hall bus station.

The new arcade will be formed from the central arch of the Westminster Carriage Works built in 1914 and was the façade of the former Chester Library from 1984 before it moved to Storyhouse a few metres away in 2017. The coachworks were designed by the architect Philip Lockwood for J.A.Lawton & Co. Coach Builders, Harness Makers and Motor Engineers.

During the 1970s the building was used by George Taylor Ltd, operating as a car showroom, and in keeping with its past, it was also a coach stop and the starting point for many day-trips and excursions.

The public are asked to submit their suggestion via the online form at www.chesternorthgate.com/naming before the closing date of Friday 16th July 2021. A panel of Councillors and city centre stakeholders will review the suggestions and a short-list of names will then be put to a final public vote later in the summer.

Also launched at the same time is a new brand for the Northgate scheme. The design is strongly influenced by the distinctive architecture of the imposing three arches that frame the main entrance façade.

The letter ‘n’ motif draws the eye in and uses perspective to illustrate the arcade within. Meanwhile the colour palette is drawn from the sandstone from which many of Chester’s historic landmarks and city walls were built.

Councillor Richard Beacham, Cabinet Member for Housing, Regeneration and Growth, said: “The Northgate scheme will become a key social and leisure hub for the city, and it’s important that the public have their say in what we call the central square and new arcade. Having sought the public’s views extensively on how we designed the scheme during the planning process, it’s fitting that we again ask for their ideas on the naming. With such a varied and historic site there should be no shortage of ideas to reflect its past and its bright future.”

During the site’s construction archaeologists have unearthed over 10,000 Roman finds to date including a rare gaming piece as well as pottery and parts of the barrack’s walls. However, the construction will not result in any major intrusion into the archaeological remains which have remained undisturbed.

The new buildings have been carefully designed to sit above the remains and avoid disturbance of the archaeological plane as far as possible and a comprehensive mitigation strategy overseen by Historic England is in place to ensure intrusions into the most sensitive strata are kept to an absolute minimum.

The post Council looks to the public to name new square and arcade for Chester Northgate appeared first on Experience Chester.